What happens when your boat sinks at its mooring?

A family owned a boat that usually came to us for servicing and maintenance. However, upkeep had been neglected for a couple of years, and the family were only using the boat sporadically. So they didn’t notice that more and more water was leaking into the boat, to be dealt with by the bilge pump and float switch. That wasn’t a huge issue – that’s what the system is for, after all – until the boat lost power, the battery went flat, and the bilge pump stopped pulling water back out of the boat.

When a boat keeps taking on water but isn’t pumping it back out, it will float lower and lower in the water. Eventually the boat sank at its mooring, with complete submergence of the engine bay.

What we did to fix it

Because Seatech Marine are Club Marine agents and recommended repairers, we were called in to provide a quote to repair the damage caused by the sinking. Nine months later – once the insurance payout was approved – we took on the job of fixing that damage.

The main repairs needed were to the engine bay itself. We replaced the two existing, damaged engines with 300c current models, including transom shields and drives. Then we put in a new generator: a 38 Mustang.

The silver lining for the customer is that their boat now has far superior performance – higher torque and acceleration – plus better fuel efficiency than it had before it sank, and fewer emissions. They’ll get more enjoyment from it at lower costs, and the boat’s resale value will be higher, too.

How you can avoid having this happen to you

The heartache and temporary loss of boat could have been avoided if the owners had known that power to the boat had failed. The simplest way you can protect your boat from a similar problem is with an iSocket. These little devices monitor electricity flow from a power point, and can alert you via text message to your mobile phone. We can supply and install this for you for just $650.

Sometimes it’s the simplest things that can save you thousands of dollars and months of lost recreation time. New technology is coming out all the time that can help you to monitor your boat from wherever you happen to be; have a chat to us and find out what products would best suit you. 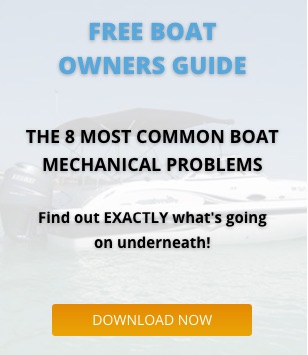